A few weeks ago, (sometime right before Father's Day) I got goldfish! I got two Goldfish and one Black Moor. And of course I couldn't resist sketching them! 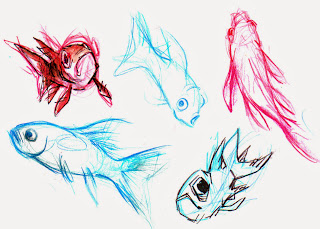 The white and gold one is named Tito Friday! 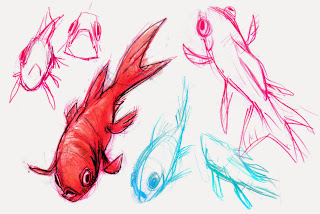 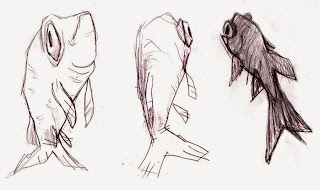 And the Black Moor is named Pluto. 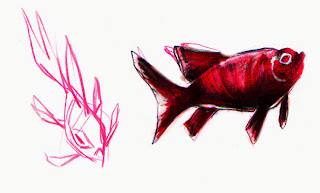 They are adorable, and I love 'em! Friday and Mercury are always so frantic, but Pluto never runs away from the food XD. But they all love each other. They seem to be doing fine floating together.
at 8:01 AM No comments:

Finished up my screenplay this morning, and ready to hit some storyboards on it! 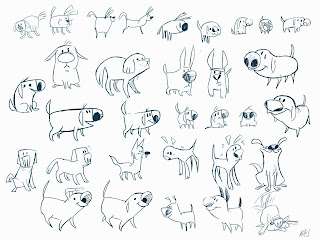 Some are similar, being shorter, or triangle nosed.  The initial character design I had for him received critiques saying he was too pig like (oops XD) But in an effort to keep his adorableness I have dived into messing with proportion and shape. 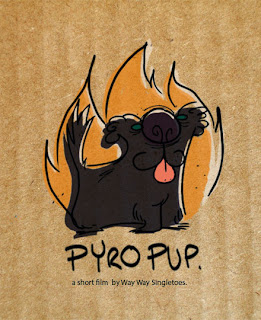 I have been busy working on other peoples films, I haven't really touched upon my film too much. So jumping right into getting this story down. In the meantime hear is one of my original character designs for Pyro Pup!
at 7:58 AM No comments:

Pyro Pup: a film about a "Hot" dog

This September I am to officially start production on my senior film Pyro Pup! Pyro Pup is about a puppy on fire trying to find a friend in a world where his mere presence would cause harm. This passed Spring Quarter (March- June) I started Concept Development for the film. Below is the Pitch Packet for it  (excluding the storyboards/slightly a secret right now)
Take a look! 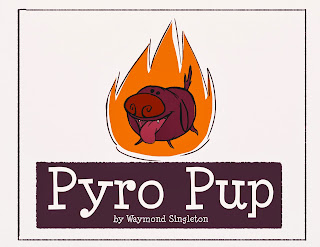 Pyro Pup's design is still under development. This design was chosen during the story board phase!

The story is going through a few changes, but not too many. 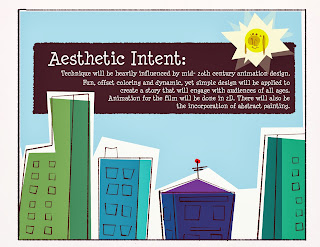 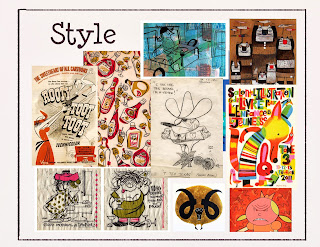 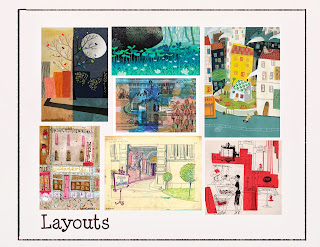 Maurice Noble is a huge part of my Layout Inspiration. (The Noble Approach comes out this October! I pre-ordered !!) 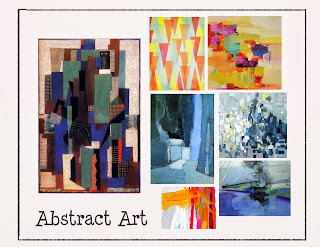 Non Objective painting as well as Abstract Painting. I adore Picasso's "Man Leaning on Table" 1916 (it reminds me of a cityscape! 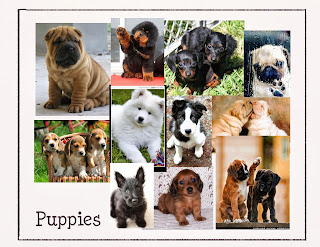 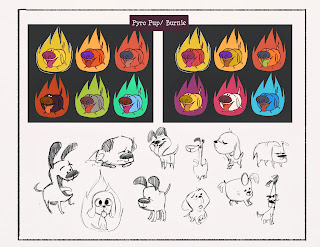 Some designs developed for Pyro's look 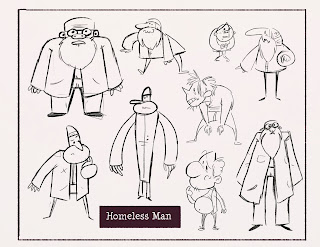 The story includes a Homeless man, a Dog Owner, and a few other dogs 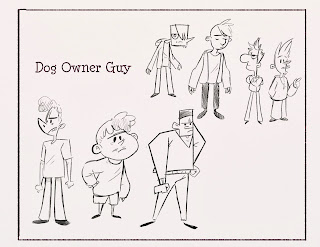 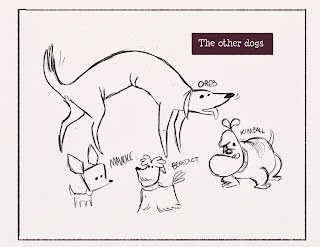 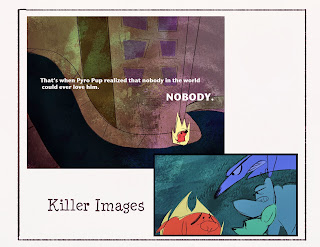 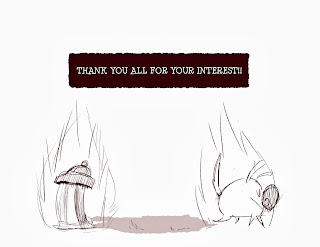 Hope you like what I have so far
And now, Fire tests

So the fire is pretty simple. I'm still working out some problems with it but so far it's been exciting getting this all together!

I'll be posting some more designs and tests of the nature soon! Stay tuned :)


But for now I have a great discovery!!


....well less a discovery but more, a recommendation? I guess...

Anyway Jantze, a brilliant professor of mine, referred me to this awesome site : Dueling Banjo Pigs

where it's nothing but (you guessed it ) Pigs playing banjos, by awesome artist! Being a little prone to drawing pigs myself I couldn't shake the opportunity to draw a pig playing a banjo...I mean come on!


So I drew this guy 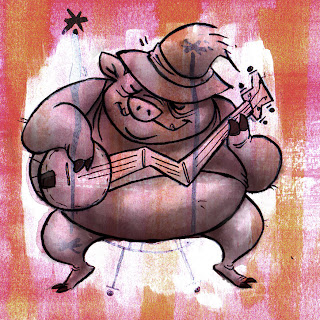 and he has a little companion! 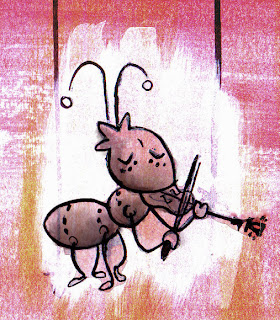 Here are some of the sketches before the illustration: 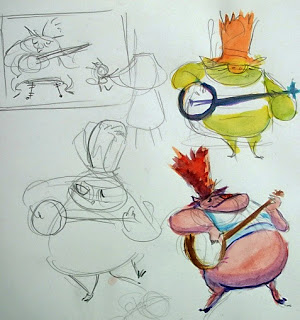 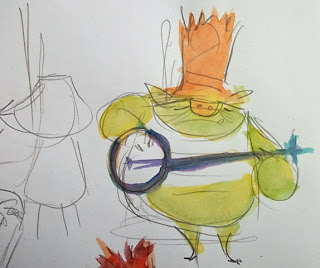 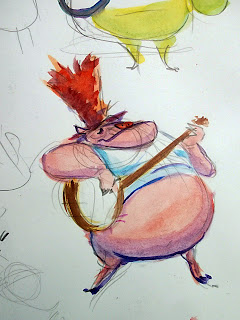 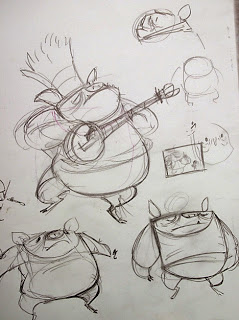 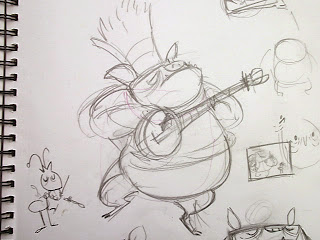 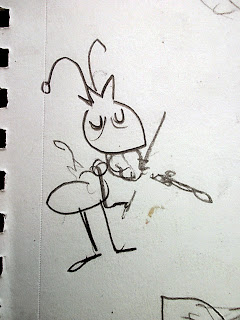 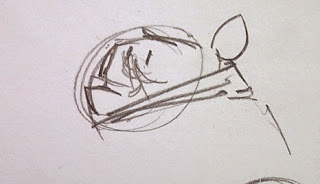 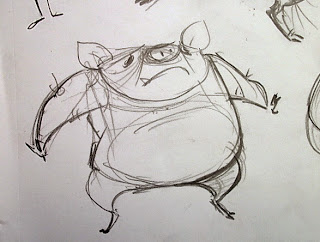 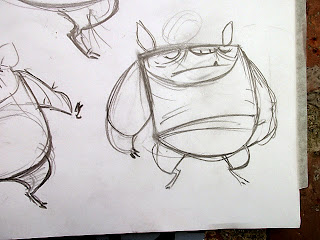 I have also made a Pinterest Account Head over and follow me! I've mostly been pinning inspiration for my film, but I'm bound to jump into other even more awesome things!